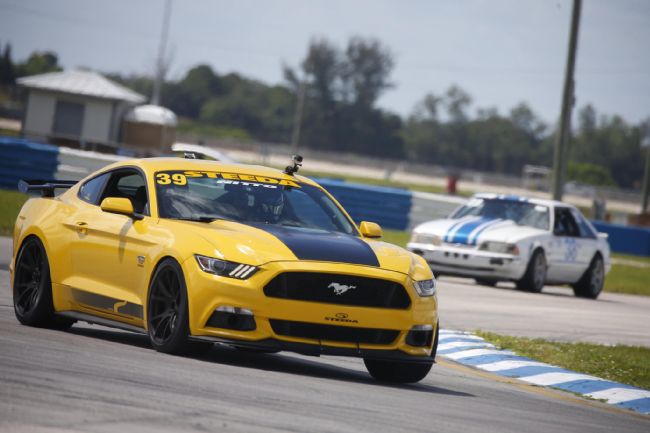 Team Mustang-360.com celebrated Memorial Day putting horsepower to the ground at Sebring International Raceway at the 15th Annual Camp Steeda, which was put on by Track Guys Performance Driving Events. More than 120 participants ran the full course for two days of fun in the Florida sun at the premier race facility that hosts the popular 12 Hours of Sebring. Track Guys is a real driving school that offers classroom education for new and beginner drivers, and a fair amount of passing is allowed. Participants are broken up into four groups so you are always out there with drivers in your skill and talent level.

We teamed up with Steeda Autosports to drive its finely tuned ponies, including the yellow Q650 we reviewed last year and the new Steeda EcoBoost Mustang. The Q650 was now making more power and was fitted with rear coilovers, refined front suspension, and a few other tricks. 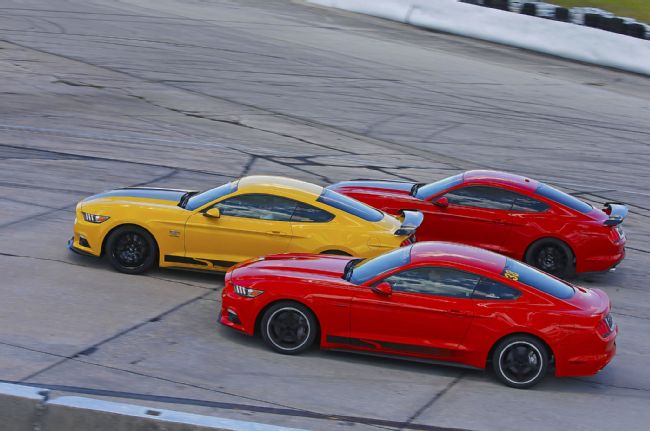 We arrived Friday, May 27, and took in the amenities at the Chateau Elan, a racing-themed hotel that is on the property of the track. It is always fun catching up with Mustang owners and taking about modifications, horsepower, and racing. Racers prepped their rides, and we got a close look at everything from race-prepped Fox-body Stangs to a 1993 SVT Cobra and a half-dozen Shelby GT350 Mustangs. Of course, there were also GT500s, Bosses, and tons of GTs. We also saw some nice Shelby GTs, a Bullitt, and a few non-Fords.

We hit the track bright and early Saturday, and after the obligatory drivers meeting we were blasting into Turn 1 with the Steeda EcoBoost Mustang. This Competition Orange Ford was fitted with the G-Trac suspension and upgraded brake pads and was putting just about 400 hp to the ground.

We expected to be eaten alive by the sea of V-8–powered Mustangs and Corvettes in our group, but amazingly we passed everyone in sight. While we didn’t have the power to pull anyone down the straights, we could close the gap under braking and we had big-time momentum in the corners. The nose is ultralight, and planting the tires with late-braking gives you a very high level of grip on initial turn-in. We found ourselves pushing really hard, and the Mustang remained composed and balanced. In just a few laps we passed a Corvette, a GT500, and (we believe) two GT350s. We are sure they had no idea we were only packing four cylinders. 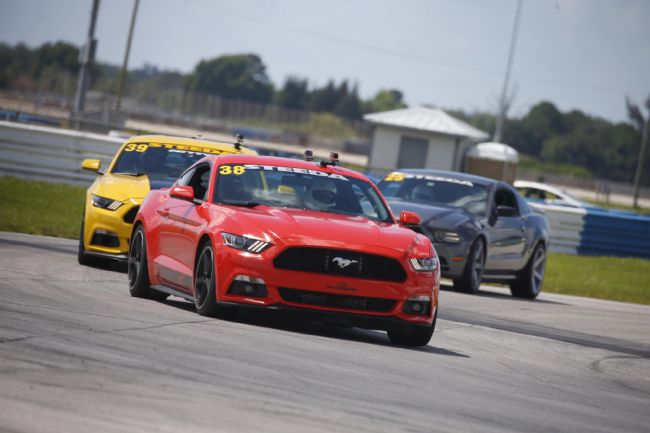 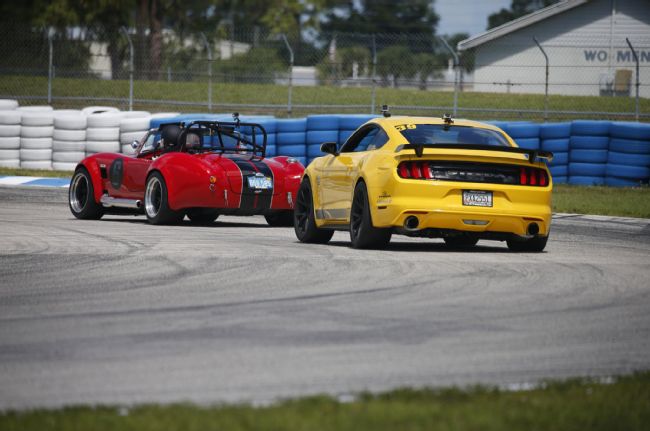 Next up was the refined Q650. This Mustang, with almost 700 rwhp, Hoosier slicks, and big brakes, was an entirely different animal. We went out slow, wanting to get a feel for the car (read: we didn’t want to stuff Steeda’s Mustang into the wall). But after a few laps we ramped up to about 80 percent and were flying. The Q650 is really at home on the track. It has a wonderful balance of power, grip, and handling feel, but most impressive is the control you have. Steeda has truly made it easy for the average driver to get on track with a street car and experience race-car performance. The car is stable under braking and doesn’t so much as wiggle under you when loaded in the corners. You simply brake, turn in, unwind your steering, and roll into the power—no fuss, no muss. Around you, drivers are spotting you in the mirror and pointing you by.

We could exit Turn 16 over 80 mph and reach 145 mph down the back straight, still leaving plenty of room to brake. At the limit, and with a more experienced driver, 150 would be no problem.

Still, performance driving is more about learning to control the car under braking, cornering, and acceleration. And the Steeda suspension enhances the IRS capabilities and lets you get out there and experience reduced body roll, less nose dive under braking, and big grip in the corners and during corner exit. Of course the slicks enhanced performance, but they don’t give the car any additional balance.

Unfortunately we couldn’t spend all of our time driving; we had to get out there to capture the action of all the participants. We walked around the pits and took in the racing from some of the best corners in motorsports. It is always fun watching other drivers’ lines and listening to the variety of engines and exhaust as they blast down the long straights. 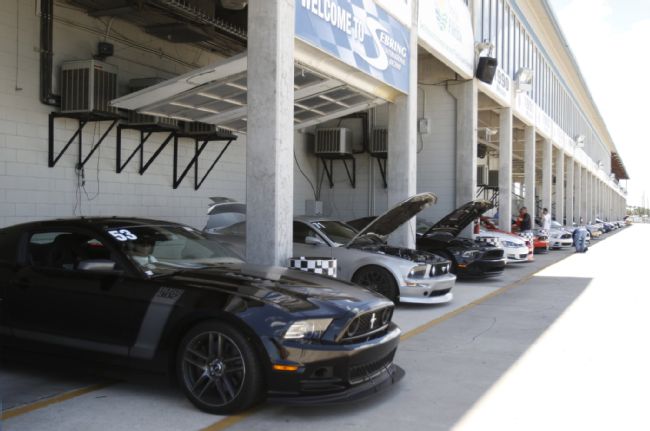