We love getting out to performance shops for projects as you never know what you might run into. While documenting an installation at Steeda Autosports, ace technician Matt Bouyea told us about a customer build on a 2016 Mustang California Special that really impressed. Matt installed a Whipple 2.9-liter supercharger and James Gordon of Tuning by James tuned it up.

Of course, at the time, the Whipple supercharger system (PN 439-WK-2620TB; $7,495.95) was available for the latest Mustang GTs is available with its own CARB-approved calibration for manual-transmission cars. With this customer‘s car being an automatic, Matt installed the tuner kit, including the optional yellow finish on the blower, and turned the hardware over to James to generate a custom calibration.

“…One of the most notable changes is the fact that they use the IMRC control to turn on the intercooler pump and intercooler fans. Trying to get the computer to control that independently of fueling and spark control was quite a challenge, but we did not want to simply add another fuse tap and have them on all the time the key was on, especially now that Ford has the modules kicking in at odd times like unlocking, opening doors, touching the brake pedal, etc.” James, who handles custom tuning duty for Steeda, explained. “We wanted it to be just as Whipple had intended it to be. They do a phenomenal job of putting together a kit that looks and installs like it was designed by Ford and we wanted to keep with that theme.”

Of course building a custom calibration for a modern car is no simple task. When you add in the complexities of a supercharger and its support systems, the brainpower needed to make the right changes in the SCT Pro Racer software is impressive, especially when the owner expects the car to be a smooth-driving sleeper.

“Most people do not understand the complexities of the modern PCM. Gone are the days of blending two or three spark tables. With TiVCT and IMRC together, there are now 60-plus spark tables that must all be taken into consideration. Trying to get everything to work in harmony without simply disabling or limiting the computers adjustability can take some time to get it right,” he explained. “The biggest challenge, as far as it being an automatic is concerned, was trying to dial in the wide open throttle 1-2 and 2-3 shift points. There is no way to know that they are right without putting some better tires on the car!”

In the end Matt’s Whipple 2.9 install partnered with James’s ground-up calibration generated some impressive rear-wheel numbers. The Triple Yellow Cal Special spun the rollers of Steeda’s in-house Dynojet to the tune of 661.73 horsepower and 512.56 lb-ft of torque, which makes for a heck of a street car.

“As for the dyno results, this was all done on barely 10 pounds of boost. The fact that we can get that much power through an automatic at that boost level is really impressive,” James added. “Unfortunately the car is out of fuel pump, so we really cannot take it any further without upgrading the pump.”

Making that kind of power on 93-octane fuel and a moderate boost level is pretty darn impressive. Especially for those of us that have been around long enough to appreciate what it used to take to make power with a Mustang.

“One of the things that makes this build special is what we can achieve with today’s technology. If you think about this, what did you have to do to an old pushrod 5.0 to get to 400 wheel horsepower? Heads, cam, stroker?” James said. “The modern TiVCT, even with its complexity is so technologically advanced that, if done right, it is now possible to get real race-car power out of a streetable package that does not adversely affect drivability, fuel economy or even emissions…”

These really are the good days, especially if you are driving a 660-plus horsepower, Triple Yellow 2016 Mustang.

With only a few styling upgrades, the owner of this Steedafied 2016 Mustang wanted to keep it a sleeper, right down to the factory wheels. Most people won’t expect the Whipplecharged performance lurking under the Triple Yellow hood. 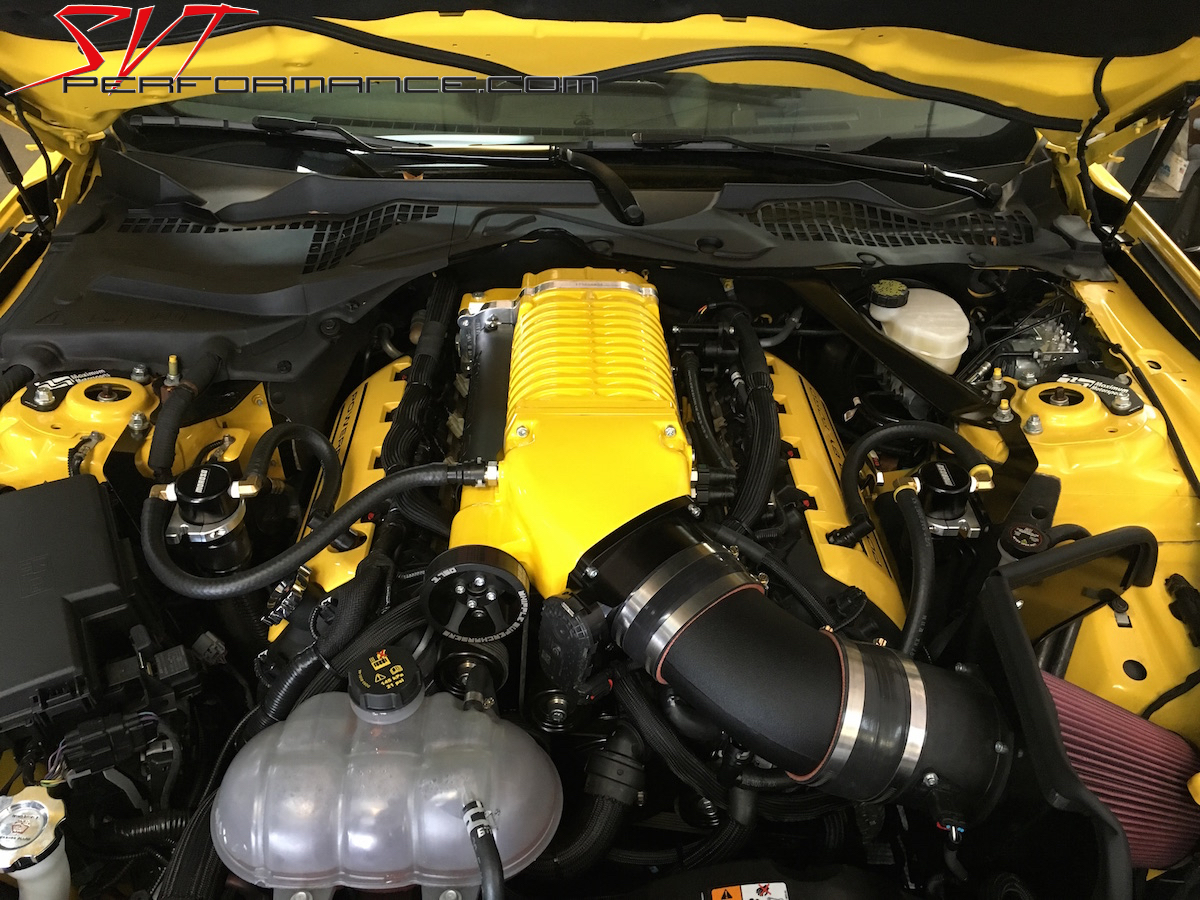 Steeda’s Matt Bouyea installed one of Whipple Superchargers’ 2.9-liter supercharger systems, featuring the optional Whipple throttle body and yellow finish on this 2016 Mustang automatic. The installation is clean and is rounded out by a pair of Moroso oil separators to keep the oil vapor out of the intake air. 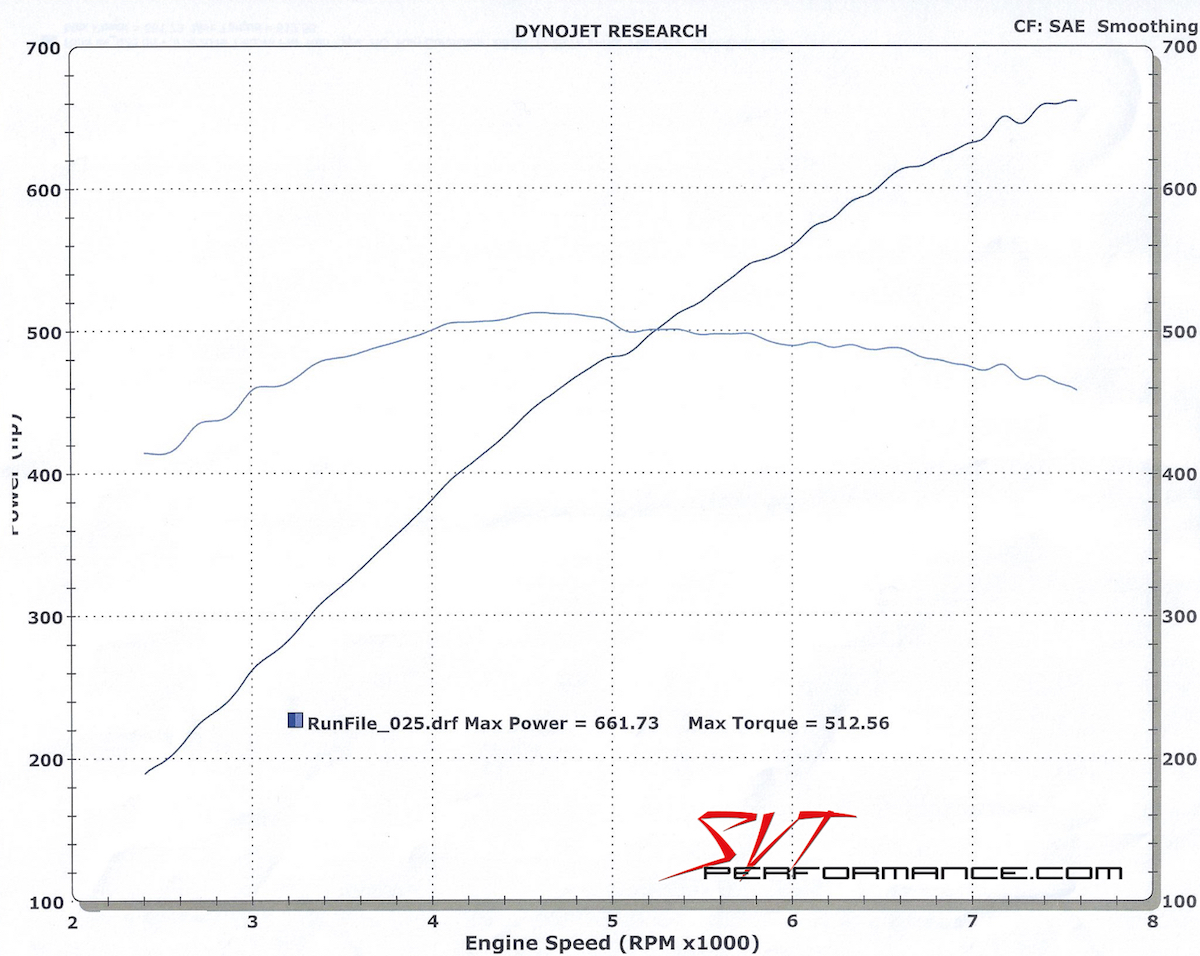 With a flat torque curve and power that takes off like a rocketship, this 2016 Mustang has to be an absolute blast to drive.