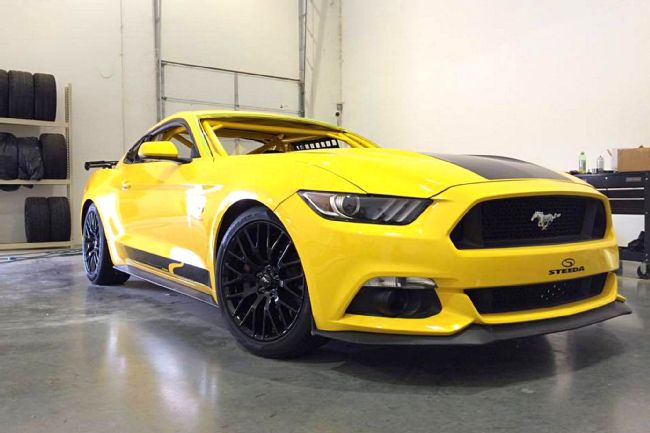 We recently brought you news of Steeda Autosports’ Scott Boda and his 8-second Fox Mustang. Most aren’t familiar with Steeda’s extensive line of drag racing components, but Scott helped us clear up that misconception. This time around we’re telling you about Steeda’s road racing prowess, and the new car the company is building to showcase its extensive line of handling components for the S550 chassis.

While working with Scott on the write-up of his Fox, he also sent us a few images of S550 road race car Steeda is putting together. This 2015 Mustang GT started out life as Steeda’s product development car. “Now it’s going to be a naturally aspirated road race car,” Scott says. 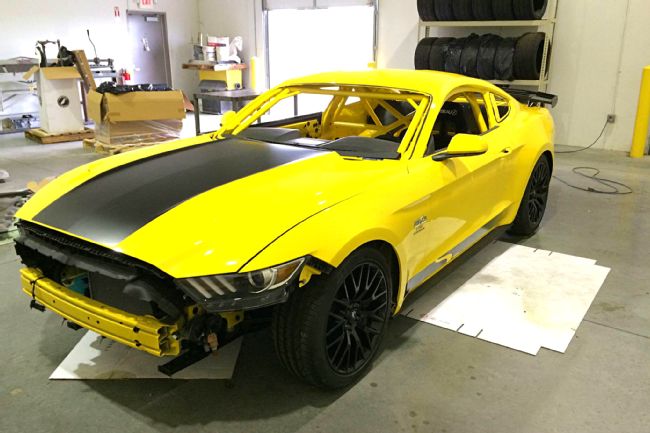 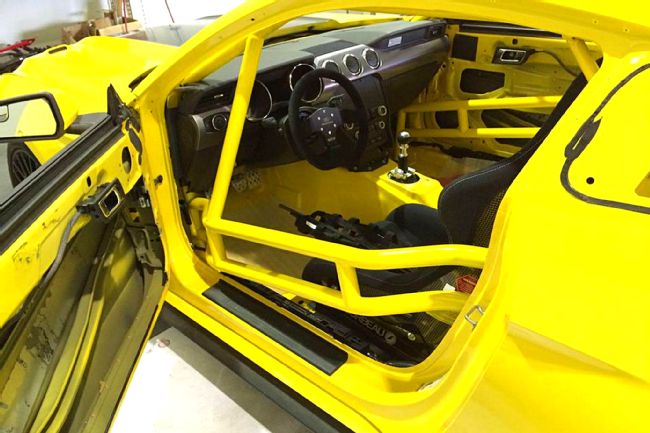 With any road race car, door bars are imperative to driver safety. When it comes to race are construction, Steeda handles the builds in-house. “The car features all of our suspension components, as well as, some trick prototype parts not yet released to the public,” Scott says.
As mentioned, the 2015 GT started out as a development car. Obviously, that means the car was used to design, test-fit, and research what worked and what didn’t. “We are the innovators as we are the first company with replacement vertical links, IRS subframe bushing supports, toe links, alignment dowels, and IRS support braces,” Scott says. “We also feature ultra-low profile jacking rails that are second to none. We are known in the S550 community as having the highest quality parts for the S550, parts that absolutely eliminate wheel hop,” he adds. When it comes to roll cage in the car, Steeda engineers welded the cage into place, and also painted it to match the car’s exterior.

Once the car is ready to race, Scott tells us the car will be aimed at Touring competition, specifically T1, which is designed for the latest performance cars, including Mustangs. There are different levels of Touring classes aimed at varying levels of performance vehicles. With Steeda’s past racing successes, we’re sure this new car will follow in those marks. 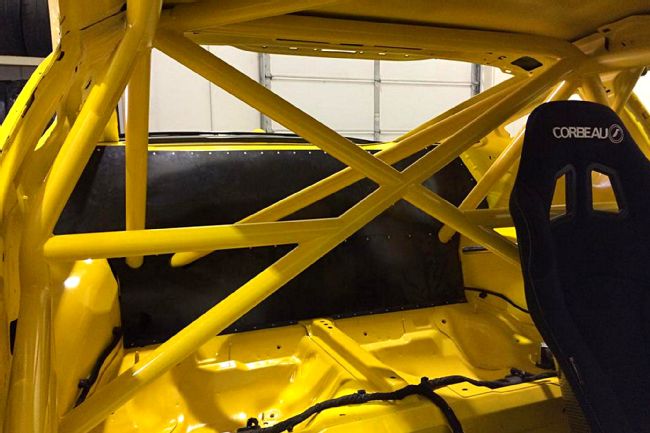 So much for the family car functionality, Steeda’s 2015 GT T1 is pure race. The car’s roll cage takes up most of the rear seat area, and factory creature comforts are long gone in the name of all-out speed.